Milk Alternatives: Which Milk is the One for You? 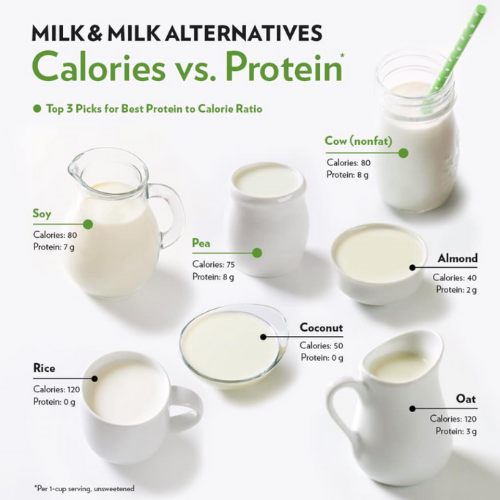 I get so many questions about what milk do I use in my smoothies. And I know that in recent years, it seems that the alternative milk section in almost every grocery store has exploded. Gone are the days when your only option was plain, chocolate, or vanilla soy milk. Now, grabbing a carton can be a whole lot more confusing. You’ve got more options than you probably ever need.

I personally love coconut milk in my smoothies. It’s rich, creamy and I enjoy the taste of coconut.

I don’t use cow’s milk dairy for anything anymore. I believe that we, as humans, really do have a hard time digesting cows milk so non-dairy choices seem better for most of us. And if you’re concerned about calories, I’ve added a graphic that gives you a better idea of how many calories there are in each type of non-dairy milk.

If you have specific requirements, I also have some suggestions here depending on what you’re looking for:

You want something that’s creamy for your coffee: Try oat milk

If you’re finding that your latte just isn’t the same without cow’s milk, try oat milk. Made from oats and water, this type of milk is richer and creamier than most other varieties of alternative milks, which means it won’t water down your coffee. It also has the added benefit of being able to be frothed and foamed like dairy milk. It’s also naturally sweet, so if you usually stir sugar into your coffee, you may not need to if using oat milk. (Yay, way to cut back on sugar…)

You want something with protein: Try pea milk

What most alternative milks lack is the rich amount of protein that dairy milk contains. So if you’re missing getting it from a glass, give pea milk a try. I don’t usually just drink a glass of milk but some people do. And my go-to smoothies will always have a high-quality protein powder added to them. But pea milk is one of the newest alternatives on the market and is made from yellow peas, which are a type of field pea that’s grown to be dried and consumed like split peas in soups and stews. One cup contains 8 grains of protein, which is the same amount that’s in one cup of dairy milk. It also happens to be low in sugar. Pea milk is surprisingly creamy and its flavor is mellow with a hint of nuttiness.

A dairy allergy may not be the only reason you’re avoiding dairy milk. If you also have a gluten, nut, soy, or a combination of sensitivities to contend with, rice milk is your best bet since it’s free of all of them. It’s the most allergy-friendly of the bunch but it’s important to note it tends to be the highest in sugar, since it’s often added to it in larger quantities to counter its exceptionally mild flavor.

You want something low-calorie: Try almond or cashew milk

Nuts themselves are pretty high in calories so it may seem counterintuitive that nut milks are low in them, but since the nut pulp is strained from them before sipping, a lot of the calories are too. Unsweetened almond milk and cashew milk contain between 25 and 50 calories per cup, which is lower than other popular alternative milks. Just be sure to reach for unsweetened varieties because those that have sugar added also are higher in calories.

So there you have it, my recommendations and calorie counts for some milk alternatives. Let me know which is your favorite and why. 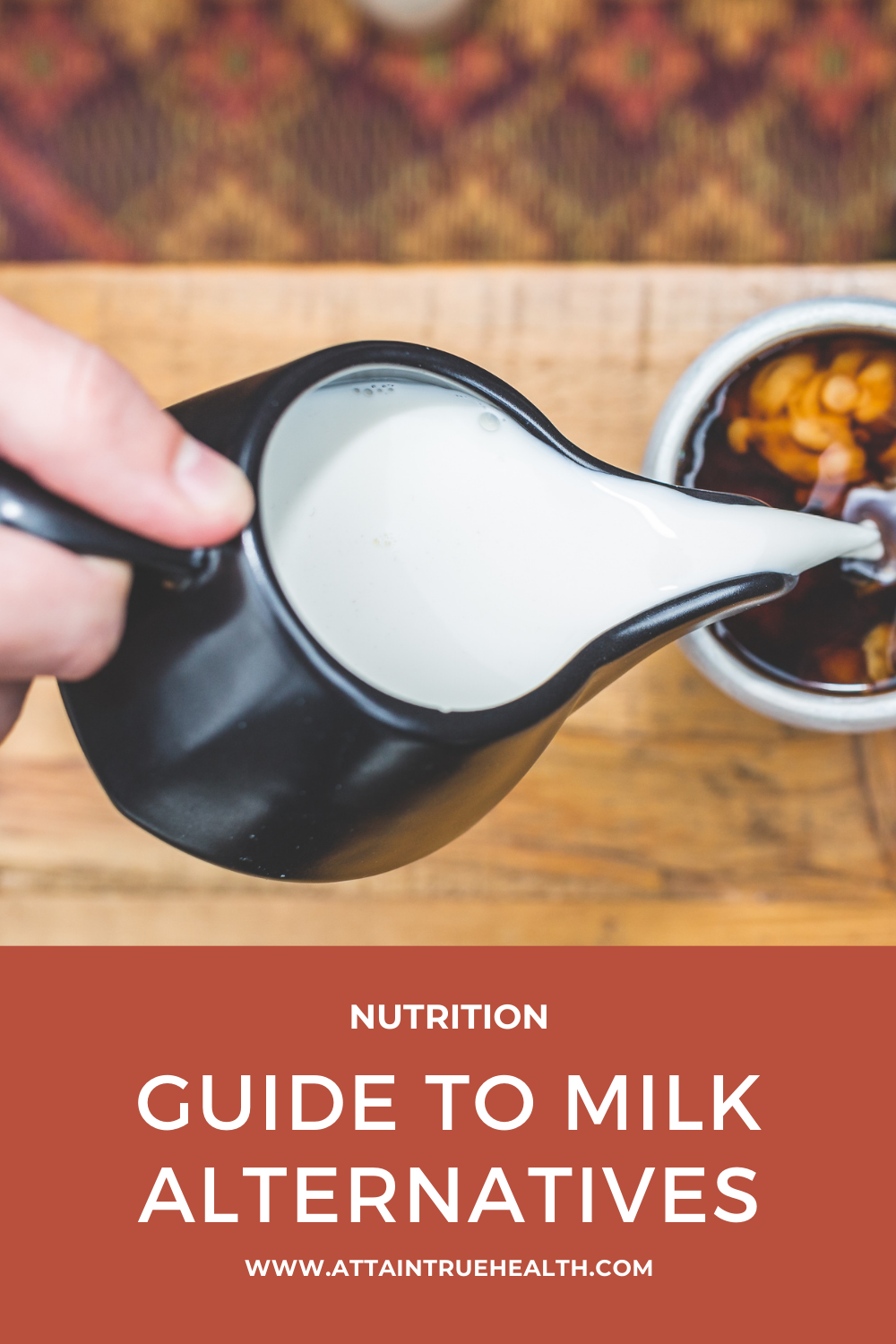 Want to jumpstart your health in just 5 days? Download my free guide now!